Back during the August bank holiday weekend, we arranged to visit some old friends near in County Waterford. Heading down the motorway, our GPS tells us to turn off the motorway prematurely, but as I was unfamiliar with the area we were going to I did what I was told and left the motorway. By doing this, we were taken through the recently bypassed town of Durrow. But this was not the same Durrow I remembered form the times before the bypass where it was constantly chocked up with traffic, this time it was teeming with festive fun.
Unaware what was going on when entering the town, we spotted a funny looking fellow propped up by the road, who turned out to be a scarecrow, this seemed to be a little odd place for a scarecrow, but ‘hay’ whatever! Then there was another one! Now it was getting a little weird. It was only as we passed a picnic table of scarecrows dining and drinking pints so stout, that we knew something was going on. 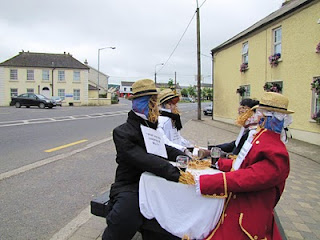 ﻿﻿﻿﻿
This was, as we later discovered the All Ireland Scarecrow Championship, part of Durrow’s annual ‘Howya’ Festival.
With over one hundred and fifty entries there was a lot to see. For those who wish to see the scarecrows in style, there was a Jarvey tour of the scarecrows where adults and children were taken on a tour of the highways and byways of the village on one of the beautifully presented horse and carriage rigs.

Unfortunately for us we did not have time to stop and have a good look around, as we were already running late, so all we could manage is a slow drive through the village, but thanks to Andy Walsh for letting me use some of his photos for this post to give you a taste of what it was like. Here are a few of my favourite entries. 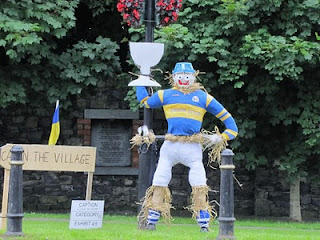 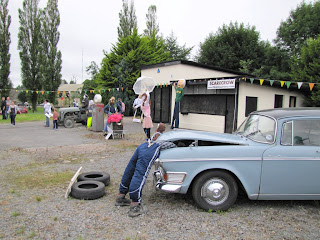 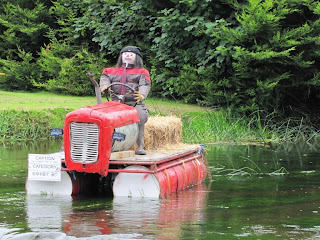 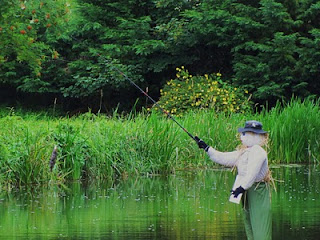 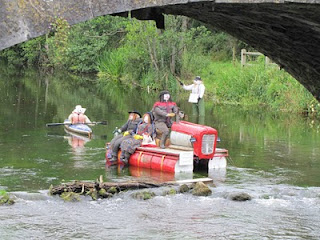 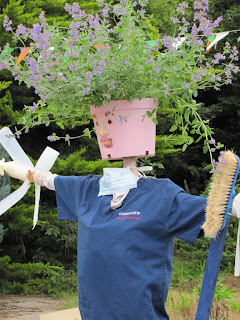 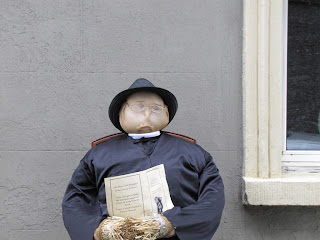 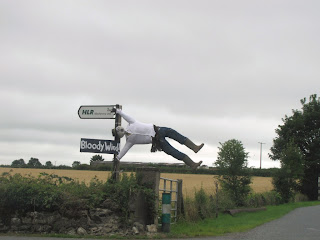 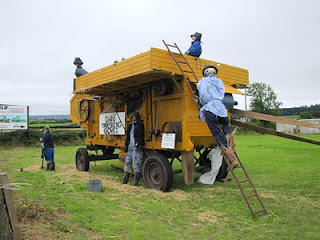 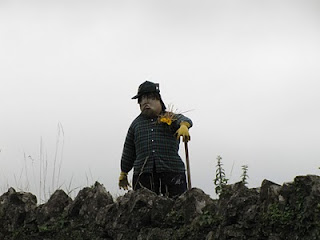 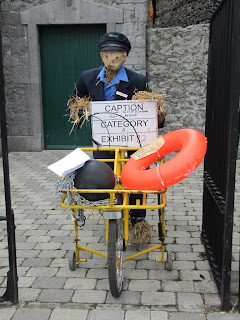 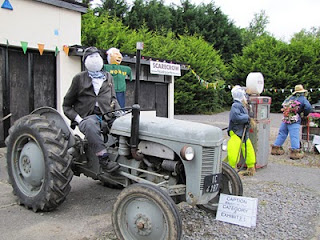 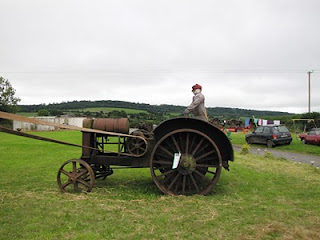 ﻿﻿﻿
﻿﻿﻿﻿﻿So be sure to add this to your list of events for next year, it runs every August bank holiday weekend. If you wish to enter next years competition, you can download a entry form from Durrow’s website http://www.durrowvillage.com/.

There are also lots more photos by Andy Walsh of the festival to see on his photo album http://s801.photobucket.com/albums/yy291/JonathanWalsh/Scarecrows/

Interestingly as we left Durrow our GPS sent us back onto the motorway to continue our trip to County Waterford, this is the first time ever I wasn’t giving out to the GPS for taking us on one of its bizarre detours.
Posted by Stone Art's Blog at 12:29 PM