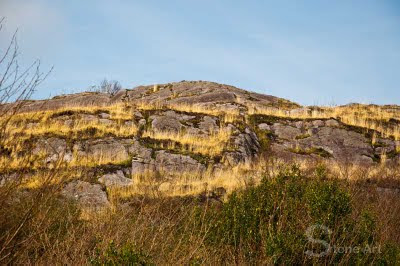 Driving down to the home place in West Cork is always a treat, especially if I haven’t been home in a while. Living in the city of Dublin now when I drive out the country roads I appreciate all the scenery more. 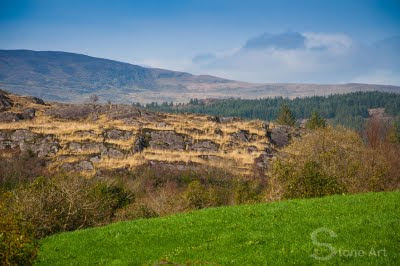 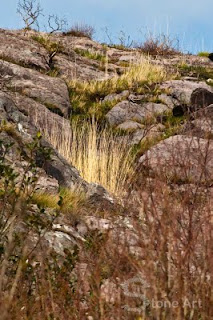 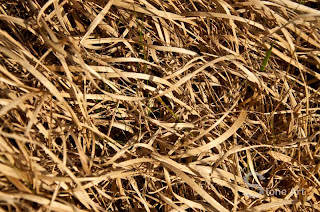 This Irish native is quite widespread and locally abundant on permanently or seasonally wet ground as well as marshes and wet heaths and moors. 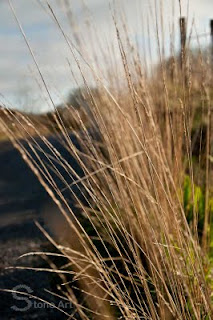 It was nice to stop and take it in as probably by the time I drive down to West Cork again it will all have transformed in to the lush green rolling hills that Ireland is so well known for. 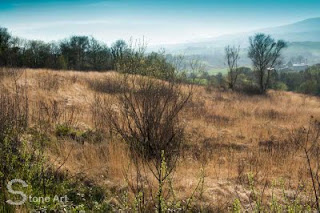 On a more mundane note, this grass is also partially responsible for the rapped spread of hill fires that plague the country around this time of year. (In this case, the hills quite aptly ‘on fire with Molinia caerulea 'Purple Moor-grass')

Many of these fires are started by farmers burning off Ulex europaeus ‘Gorse’ or by it Irish name Aiteann gallda. Unfortunately too often these fires spared out of control, overwhelming entire mountains and destroying wildlife and property in its wake. Worryingly, fire officers believe up to a quarter of these fires are set by arsonists.
According to a recent post in the Irish Examiner, last year, was one of the worst on record for such fires in Ireland, with Irish forestry’s ‘Coillte’ reporting damage to thousands of acres of forestry last year, three times in excess of the annual average.


﻿﻿﻿ The annual burning season runs from February to May, even though it is against the law to start these fires between March 1 and August 31, may fires continue to be lit. In the wake of last years record high fires, new measures have been put in place. Issued jointly by the Department of Agriculture, An Garda Síochána, Teagasc, the Forest Service and the Irish Cattle and Sheep Farmers’ Association, a notice says severe penalties may be imposed on farmers who break the law, including loss of their Single Farm Payment. They can also be liable to fines of €1,900, or imprisonment, and county councils can charge property owners for fire brigade call-outs.

Oh look how nicely my post started out, hope I didn’t end up bumming you out. On the plus side, hopefully these new measures will see increased beauty and wildlife throughout these parts at this stunning time of the year.