Stone River is a project by award wining landscape architect and stonemason, Jon Piasecki.
Jon Piasecki is a graduate of Harvard University (with a Masters in Landscape Architecture in 1995), and Cornell University (with a B.S. in forest ecology in 1989). In 2004, he received the Prince Charitable Trust Rome Prize awarded by the American Academy in Rome, and was in residence at the Academy in 2005.
For this project Jon was commissioned by prominent landscape architect Michael Van Valkenburgh to build a series of paths through the woods. For many people this task would be done using practicality and functionality, but for Jon, there is much more to it than that.
Jon Piasecki is a very interesting and philosophical man, with a strong personal and professional interest in ecology, and the cultural importance of the land.
In an interview with Orion Magazine, Jon tells of how his aim for this project was to ‘catch people’ coming into the woods, and by way of the stone paths, show them how to slow down a take in all the magic and beauty in the woods, something that many people, living life at 60mph ‘married to the materialistic world’ fail to see or do. 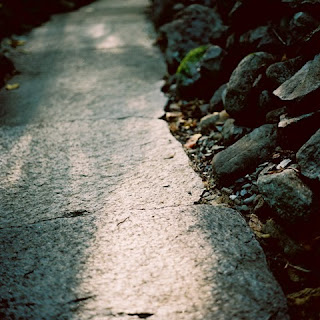 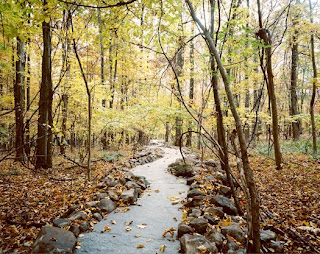 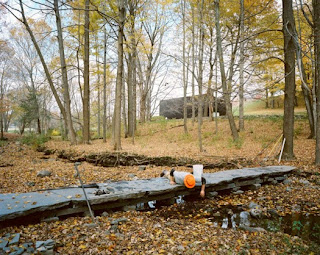 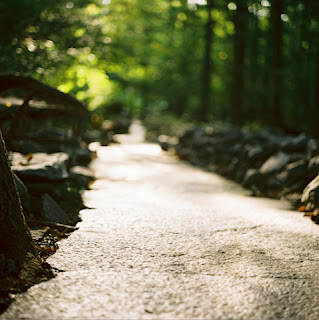 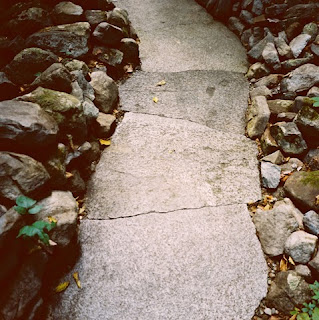 The stones in the path are almost fused together by Jon’s fantastic skill and passion for the project. He would spend hours meticulously shaping each stone until there is just a hairline crack between them. 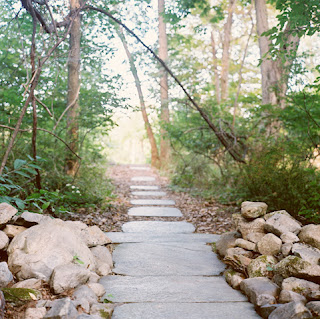 I highly recommend checking out this fantastic video by Orion Magazine, in which you can see Jon Piasecki working on the project, and listen to him talk about nature, the woods, and his multi-year stone works project in New York State — Stone River.