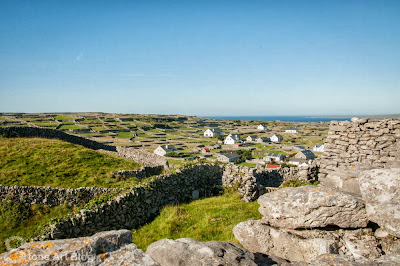 So two weekends ago I made my annual retreat to Inis Oirr, the smallest of the three islands that make up the Arran Islands in Galway bay. Although this was only my third year attending Feile na gCloch (Festival of Stone) it feels like I have been coming here for many years. Despite the fact that I was born and raised in west Cork, arriving on the island I get an relaxed feeling of familiarity and a sense of coming home.
This is the effect this island has on you. It is a world of its own. You won't find any road rage here, no 'zombies' walking into each other as they seem to be unable to lift their heads out of their smart phones, no news flashes of our pending doom. Here modern life dissolves and becomes insignificant. If you want to go somewhere here, you walk. If you pass someone on the road, you look into their eyes and say a friendly hello. And if you want to know the news you go to the pub for a chat. 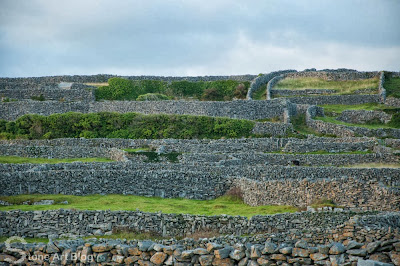 My annual visit to Inis Oirr is of course not just to bask in the exuberance of island life. It is also to attend the Feile na gCloch (Festival of Stone).
The festival is organised and run by the country's most knowledgeable and experienced drystone waller, Patrick McAfee, in conjunction with the wonderful Marie Mannion, Heritage Officer of Galway County Council and Paddy Crowe, manager of the Inis Oirr Cooperative. 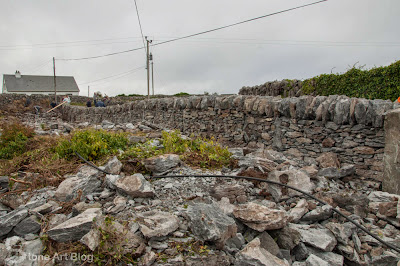 Under the instruction of Pat McAfee and Scottish master craftsman George Gunn, this years participants constructed a 130 feet section of wall in just two days. The style of wall built was a Feidín wall, a wall unique to Ireland and this part of the country in particular. 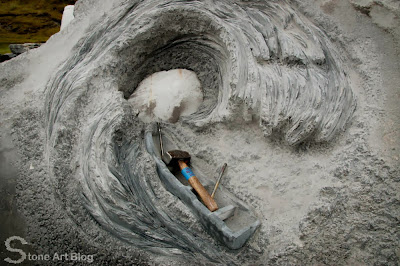 This year's Feile na gCloch was bigger than ever, with the addition for the first time ever of a stone sculpting and letter carving workshop run by two master carvers from America Alexandra Morosco and Karin Sprague 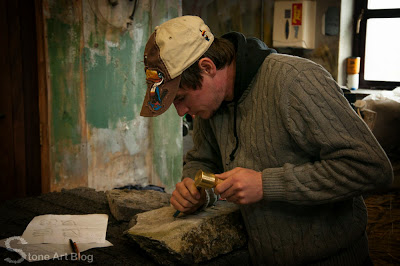 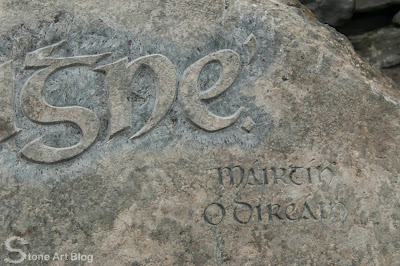 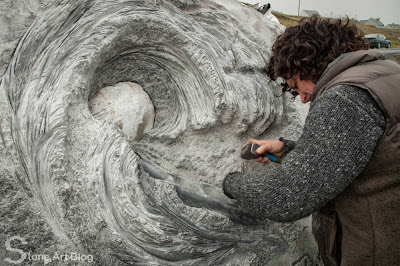 Karin and Aexandrea also got to leave their own mark on the island by creating this stunning memorial for the islanders to commemorate all those who lost their lives at sea.
Literally working on top of each other, they managed to transform this local coastal boulder into a moving tribute in just three weeks. 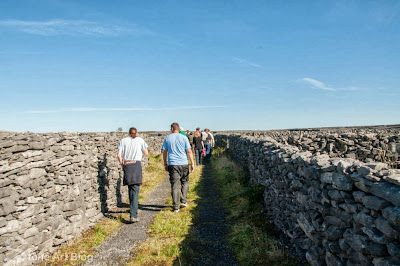 The wall built during the festival was already completed on the Saturday, which gave people the opportunity to go on a guided walk with Pat McAfee to explore some of the wonderful wall styles on the Island. In fact it is believed that almost every style of wall can be found here including countless unclassified ones. 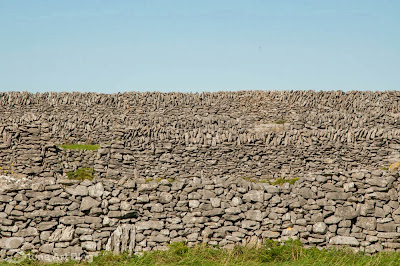 I tend to spend a lot of time walking around the island when I'm here. This year I was taking particular attention to some of the amazing textures and patterns in the walls. 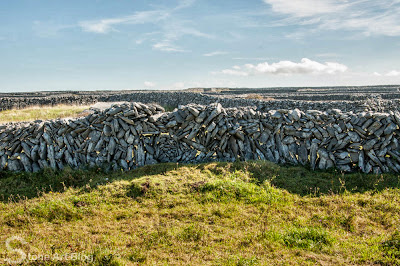 Maybe it was the Guinness from the night before, but stare at some of these walls long enough and they almost seem to move and become fluid. 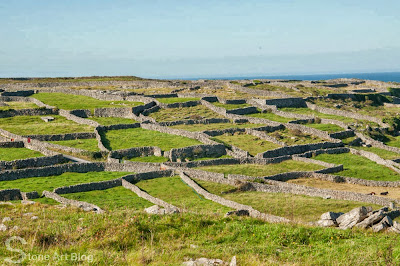 And thus, Feile na gCloch 2013 comes to an end , and with a heavy heart and a heavy back pack (as a result of the new Throw and Holden 'Stone buster' hammer I acquired over the weekend) I leave the island with one final panoramic view form our little seven seater plane back to the mainland. 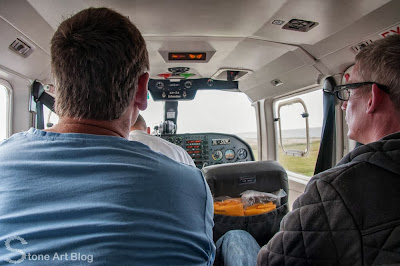 Touching down at Connemara Airport after our six minute flight, reality sets back in, and I get back into my motorised vehicle and propel myself back to the city.
Posted by Stone Art's Blog at 7:28 AM